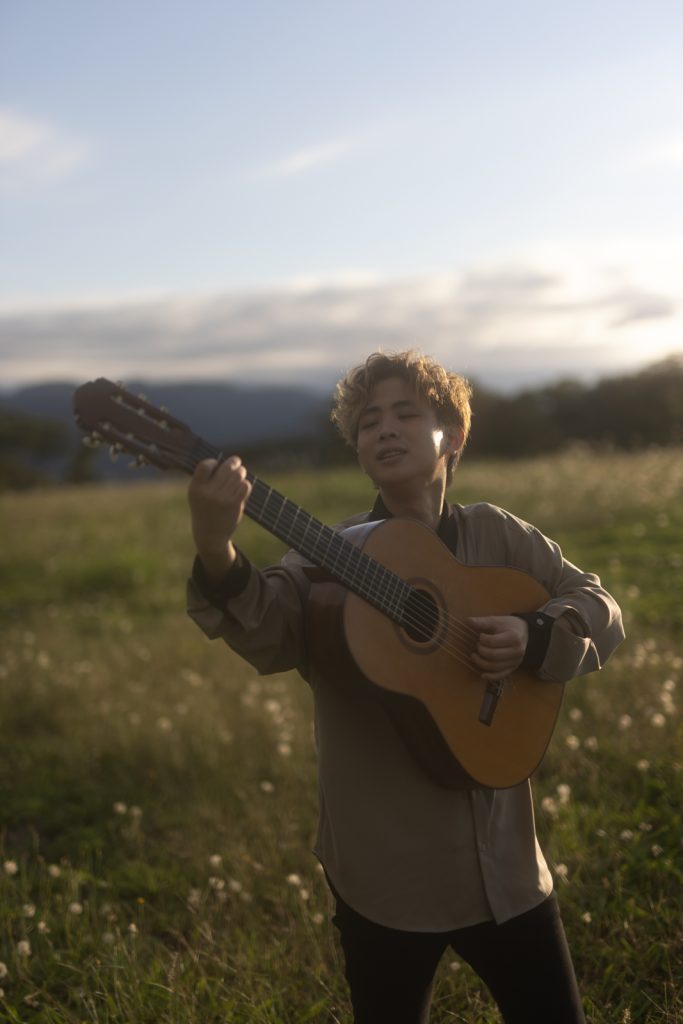 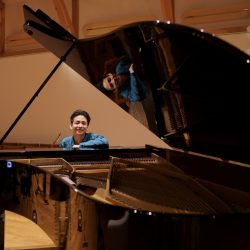 At the age of 9, he saw the movie “The Pianist of the Battlefield” and was attracted to Chopin. At the age of 14, he began to study boogie-woogie, blues, and jazz, and at the age of 19, he studied the fundamentals of jazz under the internationally renowned pianist Hiroshi Tanaka.

While still in college, he began his career as a professional musician. While performing at jazz clubs and hotel lounges in Kanazawa, he also composed and arranged music for “AN-YAT,” a collaboration unit with Japanese instruments, and “Otnk,” a unit he formed with singer-songwriter Yukari Kawada. These activities have led to offers to provide music for commercials and appearances, and he is actively engaged in activities not only as a performer but also as a composer and arranger. In addition, he also performs cultural activities in his hometown, Kanazawa, such as composing music for poems by Muro Saisei, one of the greatest writers in Kanazawa, and giving concerts at the Muro Saisei Memorial Museum.

In 2019, the song “Kokei Ijou” was used in a commercial for “Tengu Mai” and sung by Fusanosuke Kondo, one of Japan’s leading blues singers. In the past few years, he has also been devoted to Brazilian samba and choro, as well as Latin music.

His unit “Dois : Pontos” with Okinawan flutist Emma Arcaya, “Doishu Pontoshu”, is well known for its dynamic and emotional performances.

He started his career as a singer-songwriter in 2021, and moved his base of activities to Okinawa in November. Currently, she performs at jazz clubs in Naha, writes songs, and gives lessons to children and adults, pursuing a musical style that transcends genres.