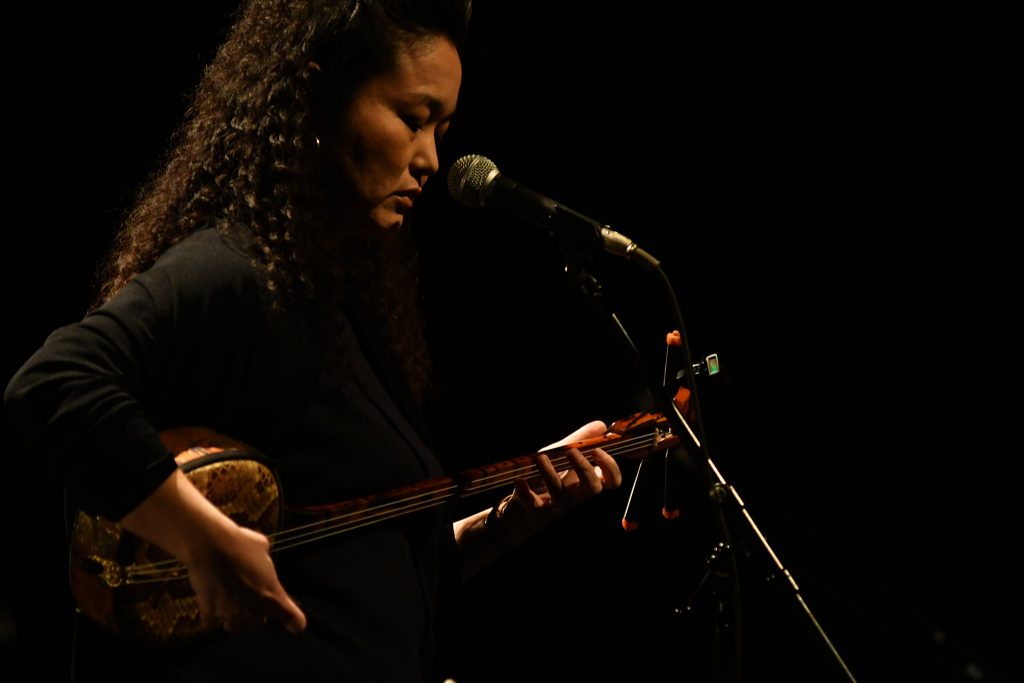 Remarkable achievement that regains the lost 20 years of Okinawan music in the world music scene.

Mutsumi Aragaki is officially selected for the world’s largest world music showcase festival “WOMEX (the World Music Expo) 2021” to be held in October in Porto in northern Portugal. This is the first time that an Okinawan artist is selected as a solo artist in WOMEX in its long history of more than a quarter of a century (Takashi Hirayasu was officially selected with the late Bob Brozman in 2001). Aragaki is the sixth Japanese artists to be selected.

She expresses her view of the world through Okinawan music in her live performances uniquely assembled with projected images. Today’s Okinawan music having its roots in Okinawan classical music and her innovative expressions seem to have touched the heartstrings of the 7 jury members of WOMEX.

This year’s WOMEX will be held in Porto, Portugal from October 27th to 31st.